To survive the heatwave, Brookdale residents slept in the cafeteria

In the scalding heat of a summer night, Steven Gray gets ready for bed. A Hunter College senior living at Brookdale, one of the college’s dorms, Gray’s nighttime routine slightly differs from the average person. In addition to brushing his teeth and putting on pajamas, Gray grabs his blanket and sleepily shuffles his way to the cafeteria, where other students are already there, putting together chairs to create makeshift beds. He settles into the most comfortable looking row of plastic chairs, rests his head on a pillow and closes his eyes for the night. It is currently a heatwave, and the cafeteria is the only air conditioned space in the entire building.

Brookdale houses up to 650 Hunter students for both academic and summer sessions. Yet, there are no air vents provided nor air conditioning units allowed in the dorms. Gray resided in Brookdale for the 2021-2022 academic year, including this summer. To describe the experience of living in Brookdale during a heatwave, Gray says that unbearable isn’t even the right word.

“It got to the point where I used to open my fridge and place a fan inside it just to blow some cold air,” Gray said. “The door handle to my room would quite literally be hot to the touch at all times. It would get so hot in my room that the heat would wake me up, always dripping in sweat.”

To escape the heat, Brookdale dorm residents decided to sleep in the cafeteria. A resident who has chosen to remain anonymous, but has lived in Brookdale since January said,  “My sister and I started sleeping in the cafeteria overnight during the heatwave, and other people started doing it before security kicked us out.” 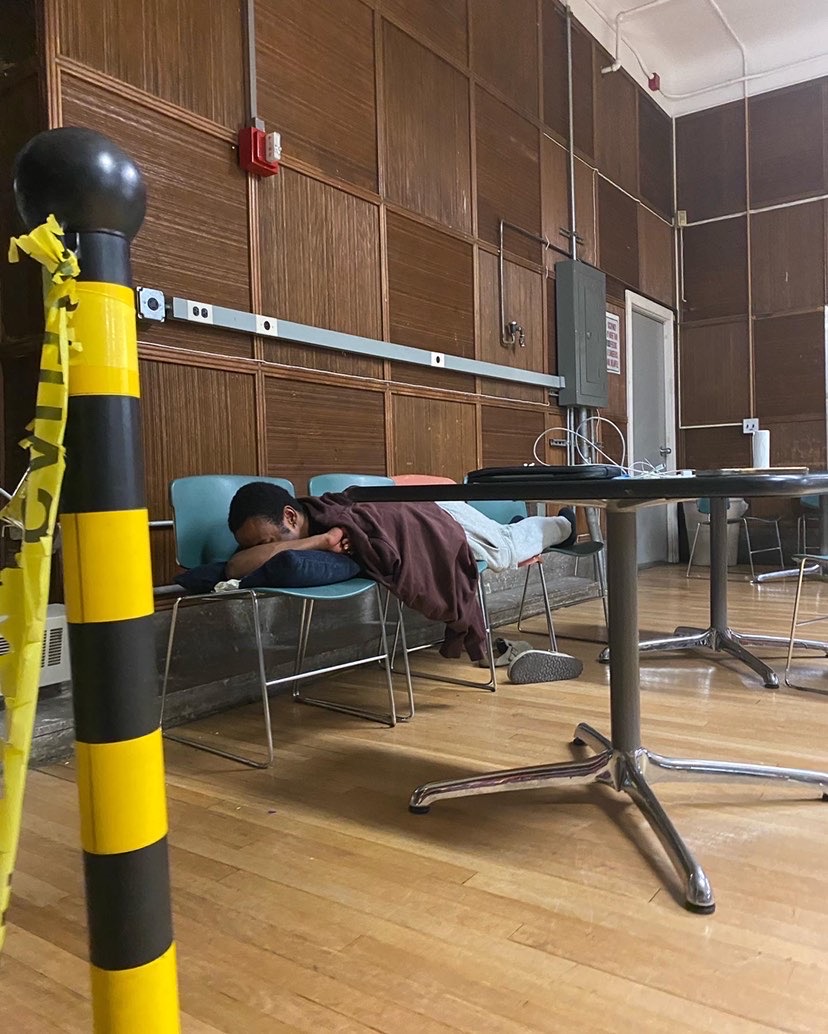 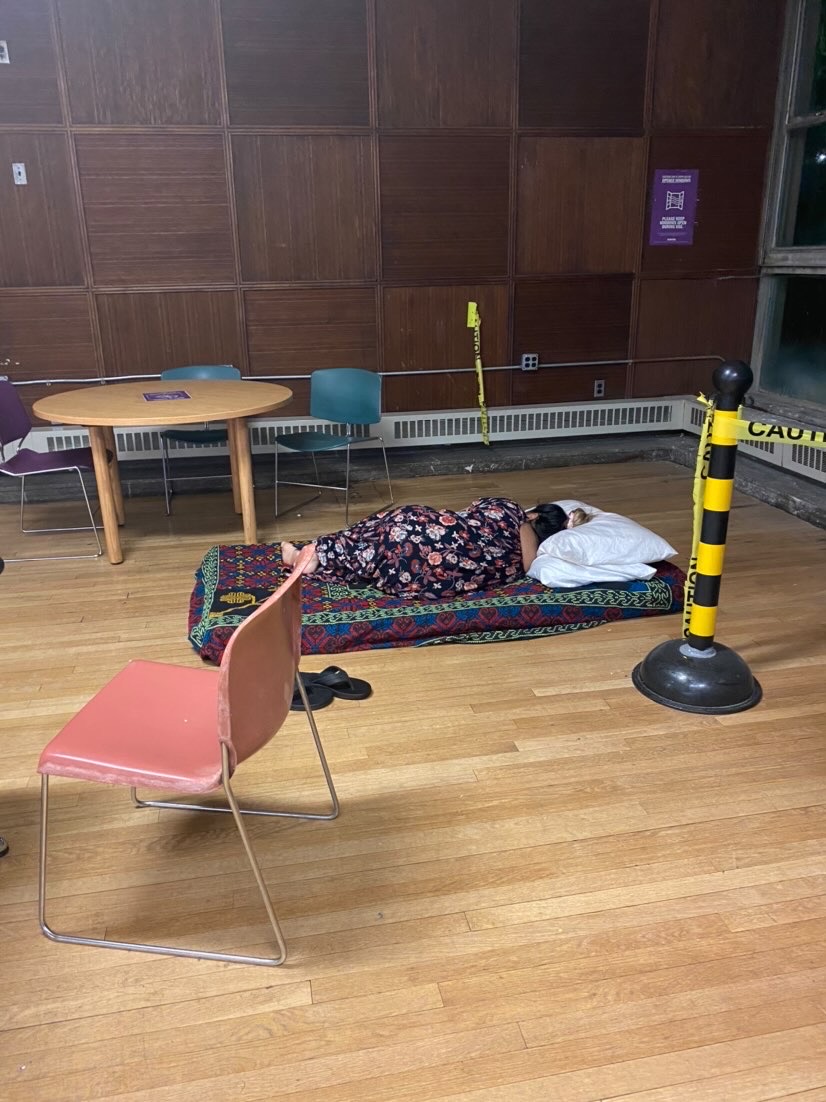 Some residents claim that the temperatures have risen to the point that their items have begun melting, including bars of soap to even Target shopping bags. One resident with a thermometer in their room documented temperatures rising as high as 107 degrees.

Brookdale residents are allowed to have fans, but according to former dorm resident Stephen Shteynberg, that is not enough to battle the sweltering conditions.

“It was quite hot a lot of the time. I needed to keep my windows completely open and the fan on. Which would not be so bad but considering my window faced the FDR [Franklin Delano Roosevelt highway], it was a choice between noise and being hot,” he said.

This situation brings into question Brookdale’s rent cost, which can range from $6,625 to $9,385 per year, despite no renovations being made to the building. The record-reaching temperatures also raises health concerns for the students and staff that reside there, and has consequently instilled doubt in Hunter’s student body regarding whether their school has their best interests at heart.

“Living at Brookdale made me realize that Hunter treats the welfare of its students like an afterthought, and the intense heat conditions I experienced while living there only confirmed that sad truth.” Gray added.

The Envoy reached out to Hunter’s Office of Residence Life for a comment on this matter, but they did not respond.

Hunter students held a sit-in at the Thomas Hunter building to demand the immediate removal of dance professors accused of teaching discriminatory curriculums on Monday, Oct.24.
“My stomach churned as unsuspecting students continued to press the elevator buttons on their floors, causing us to ride up and down the North building, the doors still not opening fully. I feared that as we moved between floors, no one would be able to pinpoint exactly where we were and help us,” writes Dana Kaldy.
New York City Mayor Eric Adams and Governor Kathy Hochul unveiled a new plan on Thursday to build a $1.6 billion academic and public health center on a several-acre site in Kips Bay – the Brookdale campus.
“Living at Brookdale made me realize that Hunter treats the welfare of its students like an afterthought, and the intense heat conditions I experienced while living there only confirmed that sad truth,” says Brookdale resident.